Do you control what you own

The subtle art of service blackmail 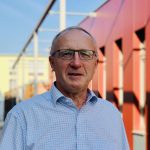 I was quite excited to have a car with Apple Carplay for the first time – but then I discovered it didn’t work. I checked every connection. I used a cable instead of Bluetooth. I consulted the car manual (the last resort of every engineer) to no avail. And then eventually I discovered that Apple Carplay does not work unless you activate Siri. Nobody says this in the advertisements for Carplay.

This is essentially a form of blackmail – you cannot use independent services on the devices you have paid for unless you allow us to listen to you. How did we let this slip through the system? Is this allowable in an open market?

Maybe I am naive – and maybe Siri has always been listening, even though I have switched her off – I simply can’t tell. In fact, I am certain that updates of the IoS operating system on my iPhone have switched on things I had switched off. No, I don’t want iCloud. No, I don’t want Apply Pay. Yes, I do want to listen to the international radio in my car or the audiobooks I have bought without Siri being involved. 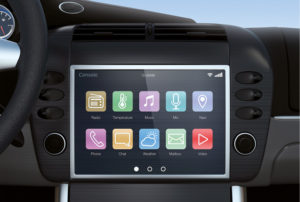 Having conceded I had to allow Siri a little into my life, I then decided to see if she (is that personification?) could actually be useful. I asked for directions to Haag, which was not far from where I was at the time. She answered what I wanted to know about Mr. Hug. I exclaimed out loud that she was an idiot. She was still listening and reprimanded me for not being nice.

So now, not only am I forced to have the AI person in my life, but she is prepared to get touchy, if she thinks I am not being nice to her. I have enough interactions with sensitive people in my life not to need this.

Since then, we have reached an understanding, where I don’t ask her anything and I don’t encourage her to ask me things. However, she still finds opportunities. If an SMS comes in while I am driving, she asks me, if she should read it to me. If I accept, she then asks me, if I want to reply. I understand this may be useful, but I can’t help being concerned about where this conversation is being processed and who has access to it.

Apart from the obvious privacy concern, I am concerned about being obliged to take services I don’t want so that the services I do want will work. It may not have a direct cost, but it is consuming data in my data package volume and it is most likely giving location information as part of the voice recognition service.

Searching the internet, I find sources saying that to ensure you get the most appropriate response, Apple doesn’t completely anonymize your data, leaving in things like location. Then Apple could keep your recording for up to six months, after which it could be stripped of any personal identifier and kept for two additional years. Does it stop there? No. Some small selection of recordings could be stored for longer than two years to assist the ongoing improvements.

The further issue is to do with choices – I have discovered that many apps take their language setting from the phone. So, if you have the IoS in English, you are obliged to have the apps in English. This is another problem for Siri. I live in Germany and can manage a reasonable pronunciation of the town names in German, unless there is an umlaut of course – no non-German can manage umlauts correctly. But Siri, because my operating system is in English, tries to pronounce German town names phonetically using the English alphabet. Worse still, she refuses to take such names from me unless I can work out what anglicised sound she expects to hear.

We are back to the typical relationship problem of her listening to me but not being able to understand what I am saying.

Do we have a future?

Honestly, as we get older, we become less tolerant of things that cause stress in our lives. When things don’t work as expected, it is a cause of frustration. Over time, frustration can turn to resentment, and once you start resenting your correspondent, the relationship is doomed.

I am forced to accept Siri, but I don’t want Siri. I may be open to voice control when it is local, but not when it is somewhere in the great orchard being squeezed for every last drop of data juice by the Apple data miners.

I dream of a secure world where there is sufficient intelligence in my devices to talk to each other without involving big brother and without being forced to add relationships that I really don’t want. Is that too much to ask?